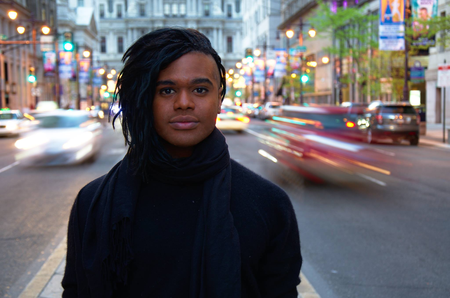 Home
About
Get There
Tickets

By Sebastian (other events)

Following the success of his kickstarter campaign, which managed to get the attention of Huffington Post, Sebastian is terrorizing blessing Philadelphia with his next production: Showbiz; a part Theatre, part concert special, part social commentary extravaganza. Showbiz examines the role the media plays in our interpretation of the world and the people that roam it. In a eurocentric, heteronormative world, Sebastian pushes for visibility and seeks to create more diverse options for himself as a performer. Through this journey, Sebastian's eyes are opened to the hidden truth that we are but pawns in a system created to brainwash, placate and pacify the general public, in order to secure the domination of a select few. Sebastian fights to create work that is honest and thought provoking in a time when superficiality is promoted in an effort to prevent upheaval and rebellion, upsetting "the powers that be." Subsequently, Sebastian becomes the target of a global campaign to discredit him as terrorist, in order to maintain the illusion of freedom, equality and justice in the world. Will the people buy into the slanderous campaign or begin to question the system that has ruined countless efforts to remove the wool from our eyes?

other events by this organization